In addition to the 604 Late Models, there will be racing in the Gagel’s Open Wheel Modifieds, Street Stocks, Mod Lites, Q Auto & Injury Medical Malpractice Attorneys Mini Sprints and Gladiators.

Graveside services for Dolores Knight will be held on Oct. 13 at 1 p.m. at the Blount & Curry Funeral Home @Garden of Memories, 4207 E. Lake Ave in Tampa. Mrs. Knight was the mother of track official Stacy Knight (Janet) and grandmother of Outlaw 4 driver Eric Knight.

In lieu of flowers, donations may be made in her memory to the donor’s favorite charity or donations can be made to the AMI/YES program. 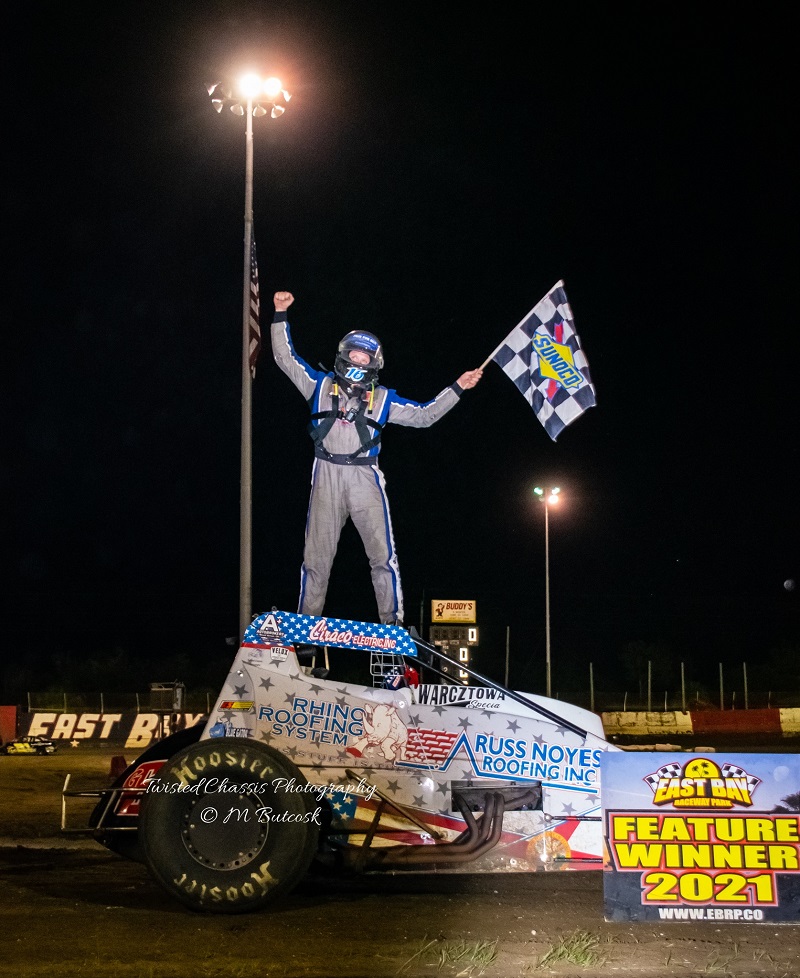 The twice-delayed return of the Top Gun Sprints to East Bay Raceway Park brought 23 cars and a ton of excitement in the five-division program to close off the track’s September schedule.

Heat winners Shane Butler, Danny Martin Jr. and Brandon Grubaugh found themselves in the first two rows of the 25-lap main, a prime position to claim the $600 from the Lee & Jeff Barfield Memorial Clean Sweep, but it would polesitter and point leader Tyler Clem would lead the first lap. Clem was hounded by Butler as the field endured its first caution on lap 4. On the restart, Clem scooted out into the lead and led for a lap when the rear end locked, sending him into a spin. About that time, Martin had mechanical issues and retired from the competition. Butler and Grubaugh inherited the top two spots for the restart on lap 5.

When the race went back to green, Butler set a fast pace using the top line to rocket off the corners. The strategy backfired when Butler went high in turn three, riding the wall and coming to a stop, fortunately on all fours. Grubaugh became the leader and the sole driver with a chance at the bonus.

The restart saw Grubaugh protecting the top line against the assault from Justin Webster, who had moved into second from fourth on the restart. Webster was able to slip by Grubaugh on lap 8 and soon Grubaugh found himself locked in a position battle with defending series champion AJ Maddox, who had started in the 10th row after a flat tire in his heat. Maddox was able to get by, but a caution for Bryan Eckley reverted the field. It took Maddox one lap to creep back into the runner-up spot. The stint was short lived as Grubaugh regained second on lap 14. One lap later, Grubaugh powered off the second turn and shot past Webster to regain the lead. It proved to be good timing as a red flag appeared on the next lap when Frank Beck spun, facing traffic and Kyle Connery’s car launched into the air to bring out the red.

Things began to settle down as attrition reduced the field with only one caution on lap 19. Maddox was able to slide by Webster for second, but could not chase down Grubaugh’s G6. The wingless win for Grubaugh backed up a winged win at East Bay on March 20, the last series appearance of 2021.

Jerod Meyers made a triumkphant return to action in the Q Auto & Injury Medical Malpractice Attorney Micro Sprints, going wire to wire in the 12-lap main. The second generation driver started in the front row alongside his father, Mike. Jerod ran a poised race, keeping the car at the bottom of the track to run unmolested. Doug Dyal won the heat race.

The 15-lap Street Stock feature was decided on a lap 14 pass as Paul Davis slipped by Rich Livernois for the top spot. Davis became the third different leader in the race. Livernois started as the leader, but faced immediate pressure from Zack Amundsen. An Amundsen pass was taken away by a caution, but Zack got right back to business and secured the lead. On lap six, an incident between turns one and turn saw Billy Barstow’s ride fly over Jerry Bruce, making one complete roll. The driver was okay. Livernois got back out front, making an inside move on lap 10 as Amundsen began to fade. The pressure from Davis was instant, but it took until the final lap to seal the deal. Amundsen and Davis were heat winners.

Wesley Livernois captured the heat and feature in the 602 Late Model class, overcoming early season woes to claim the wins.

Brittany Hart parlayed her heat win into a feature win in the 15-lap Gladiator main. Wearing a chain in memory of her late grandmother, Hart enjoyed an emotional Victory Lane to cap off the night’s action. Patrick Tabb and Thomas Adams started their nights with wins in the heats.

East Bay Raceway Park owners and staff would like to send our deepest sympathy to the family of Donnie Reed.  Donnie’s Celebration of Life will be held Thursday (Sept. 23) at 37302 Tucker Road, Zephyrhills, FL  33541 at 6:00 pm.  Please keep Donnie’s children Jennifer, Chessie and Eric in your prayers.

The planned racing for Sept. 18  has been canceled due to saturated grounds and continued rain.

Due to persistent wet conditions and a number of employees unable to work due to sickness, the races for Sept. 11 have been cancelled. Rescheduling information will be available at a later date. 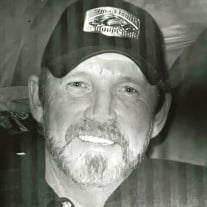 Mike and Becky came to Lakeland in 1979 for a business opportunity and have lived here ever since.

Mike is survived by his wife of 44 years. Becky was the apple of his eye, along with his son Zachary DeZarn and sister Lynn DeZarn of Lake Wales.

Mike was a proud Polk County business owner of Precision Wallboard of Polk County, Inc. for over 42 years. Mike was especially proud of the fact that he worked all of those 42 years for the same homebuilder, first Bob Adams and Don Stephens of Sun State Homes and then Bob and Joel Adams of Highland Homes, which recently became Clayton Homes.

In 2004, another business opportunity presented itself and he proudly ran with it, as he became a partner at East Bay Raceway Park in Tampa, FL. He was a proud dedicated racetrack owner to the present.

Mike was truly one of a kind.

He loved many and many loved him.

He will be in our hearts and memories forever.

Believe it! The third time’s the charm!

The Top Gun non-wing event previously scheduled in August has been added to the Sept. 25 schedule.