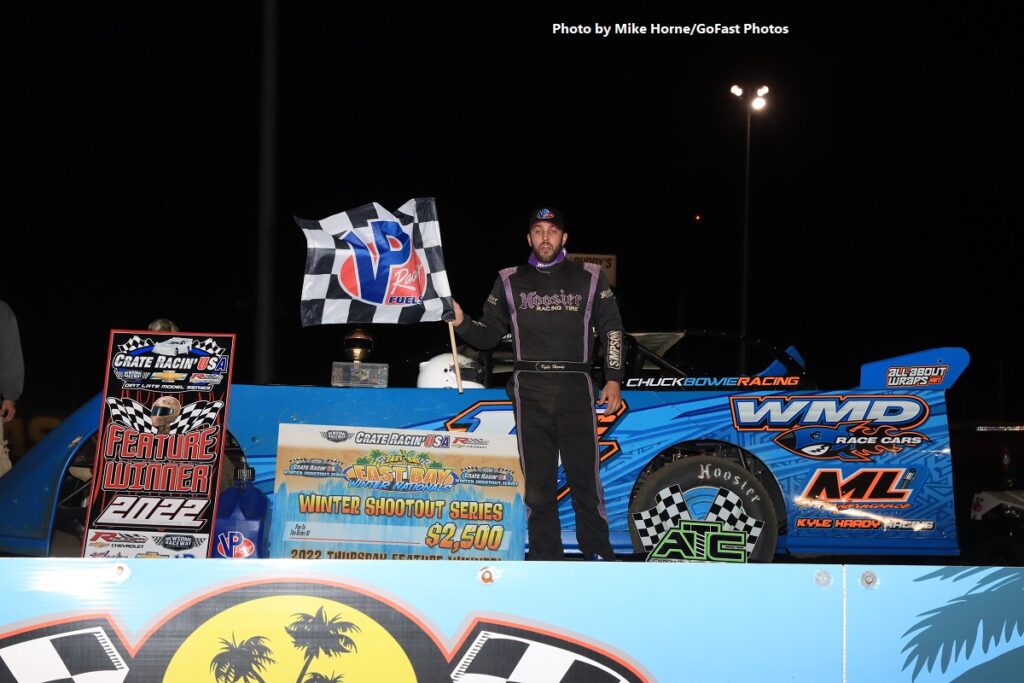 With nearly 100 cars in the pit area, intense competition was expected for the opening night of the Crate Racin’ USA Dirt Late Model Series with two divisions. With 19 states represented, the 604 Late Models and 602 Sportsman cars offered a diverse field.

The night opened with qualifying for the 75 604 Late Models, each getting two laps with the faster of the laps entering the record books. Garrett Mosley posted a time of 16.606 to lead the first group while Trey Bayne lowered it to 16.298 in the second group. Rodney Wing came out last for the third group and blasted a 16.304 time to lead that group. The fastest time would be lowered with group four when Steve Stratton Sr. dropped a 16.256 lap as his best. Fast time in group five came from Chuck Kimble’s 16.544 while Kenny Monahan nearly matched in group six, leading that pack with a 16.552. The final two groups tried to coax more speed out and group seven’s Nevin Gainey came close with a 16.307. In the final group, Steve Mathis Jr. succeeded in lowering the top time thanks to a 16.160 lap, but that wasn’t enough. Jimmy Waldrop rolled to the top of the group and the top of the overall charts with a 16.082 lap.

Top two drivers from each of the eight heat races would advance to the 30-lap A main. Each of the heats were won by the fast qualifier in each group, except for the second heat where local racer Tanner Cobb got the lead early and gained the win.

A field of 28 cars included provision starters and fell in line behind polesitter Waldrop for the 30-lap main. Waldrop had a great start wiped out by a multiple car incident in turn one. On the subsequent start, Waldrop used the inside line to rocket to a lead as the field completed one lap before caution returned for simultaneous spins at each end of the track. Waldrop led the race until suddenly slowing on lap 10, exiting the race track under caution. The misfortune of the fast qualifier handed the lead to Tanner Cobb with 11th starting Trey Bayne now in second. The man on the move was 2021 feature winner Kyle Hardy who had also started in the sixth row. Hardy was committed to the outside line and began reducing the gap between himself and the lead duo. Cobb and Bayne found themselves impeded by lapped traffic while Hardy often had a clear line. When Hardy got right behind the two, he had a car in his line and dropped to the bottom, quickly returning to the top. With three laps to go, Hardy was able to cross in second and chip away at Cobb’s advantage. On the white flag lap, Hardy swept outside and rolled to the victory in a thrilling finish.

Richie “Rocketman” Stephens topped the charts in 602 Sportsman qualifying with a 16.404 the best for the 21 cars on hand. Seth Wimpey led his group with a 16.527 while Mario Gresham was best in group one with a 16.849. The top qualifiers were able to parlay their pole starting spot into heat race wins,

Gresham grabbed the early lead in the 20-lap main, but the race was stopped three times before three laps were complete. Gresham was trying to hold back Stephens and Wimpey. As the field found the back of the pack, Wimpey’s decision to use the high side proved fruitful as Gresham was mired behind a pair of backmarkers battling for position. Stephens stayed in pursuit from the bottom and used a strong restart on lap 16 to grab the lead. Stephens would not be denied through the late stages, though Wimpey was gaining ground. 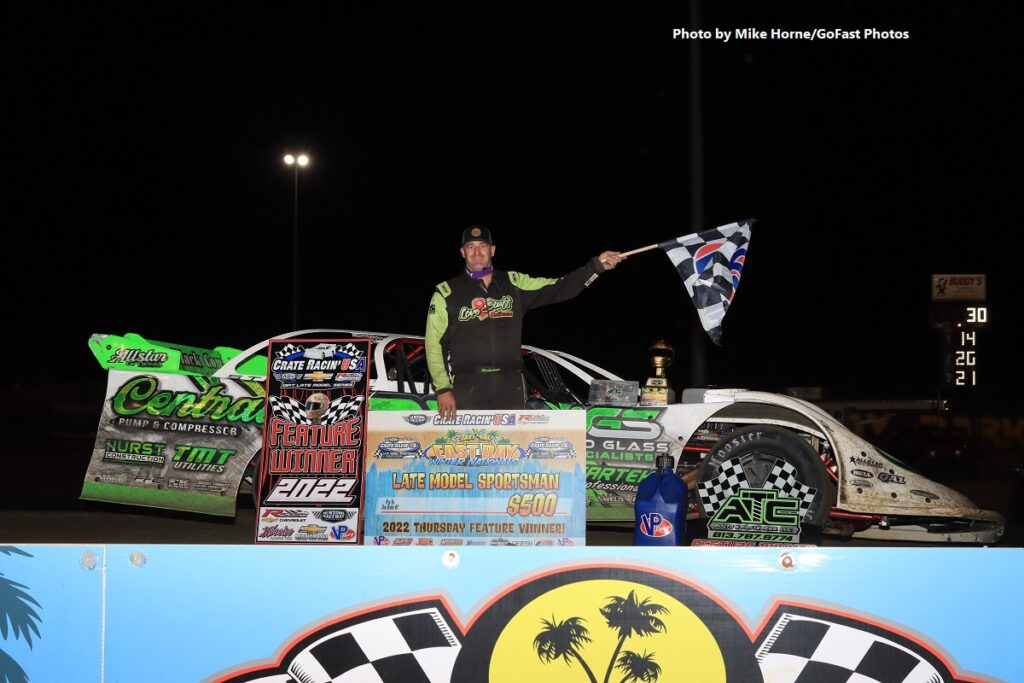