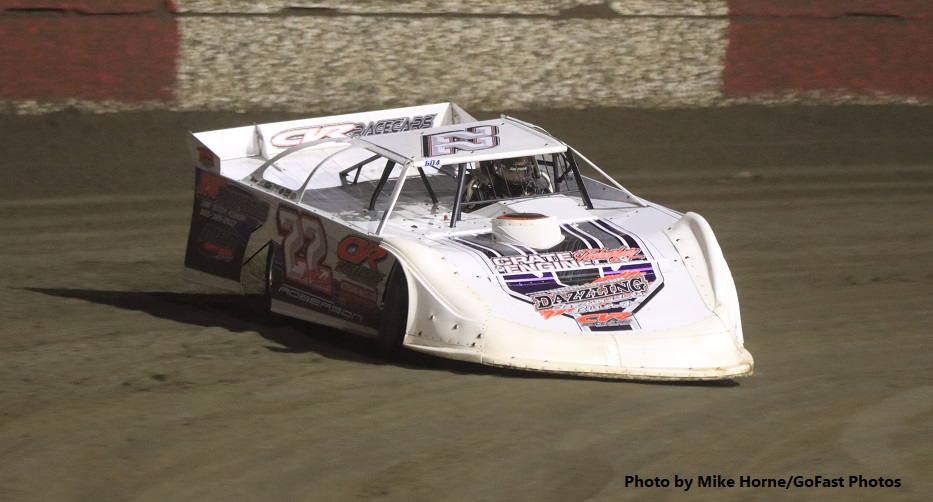 A good qualifying run proved to be a ticket to the A main as Varnadore, Shaw, Smith, Roberson, Kennedy, Nosbisch and Horton won their heats from the pole. Showers was the odd man out, having to run a B main after his preliminary saw Jeff Choquette come away a winner in his first night of action.

The heats left many drivers seeking a last chance into the A-main through four B features. Mark Whitener, Jason Welshan, Walker Arthur and Showers Jr. punched their ticket to the 30-lap main.

Horton led the field to the green, holding the early lead with Nosbisch chasing in second. On a lap 13 restart, Nosbisch fell out, handing second to Roberson, who was attacking from the high side. Jeremy Shaw had begun to move into the top five, sweeping past Travis Varnadore and Rodney Wing to get into the conversation. Through the long green flag runs, Horton was beginning to catch the backmarkers, who were occupying the same line. Roberson tried to counter, staying to the high side, but Horton masterfully weaved through traffic to cross the line in front of the field. Horton went to Victory Lane, but an hour later, series officials announced a disqualification and the unofficial win reverts to Roberson.

Thursday runnerup Seth Wimpey led the field of 21 602 Sportsman cars in qualifying with a 16.650 run. Wyatt Gainey and Richie Stephens were best in their qualifying groups. Stephens, Joe Denby and Wimpey were heat winners.

A caution filled feature negated any attempts at long green flag runs. Stephens led Wimpey as the field managed to get a lap in before a caution with five cautions in five laps costing valuable race time. On each restart, Stephens went low and Wimpey stayed high, each looking for the ticket to victory. With 13 laps completed, the field was stopped for another caution, which led race officials to order a green-white-checkered to end the race. Stephens would take the 15-lap win over Wimpey for the second straight night. 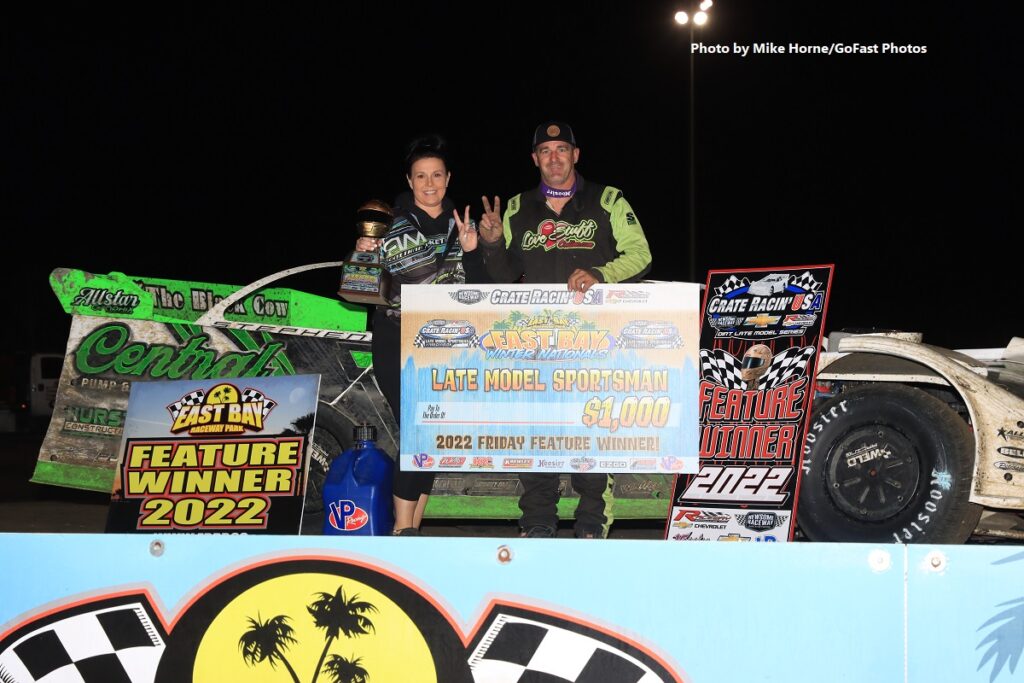