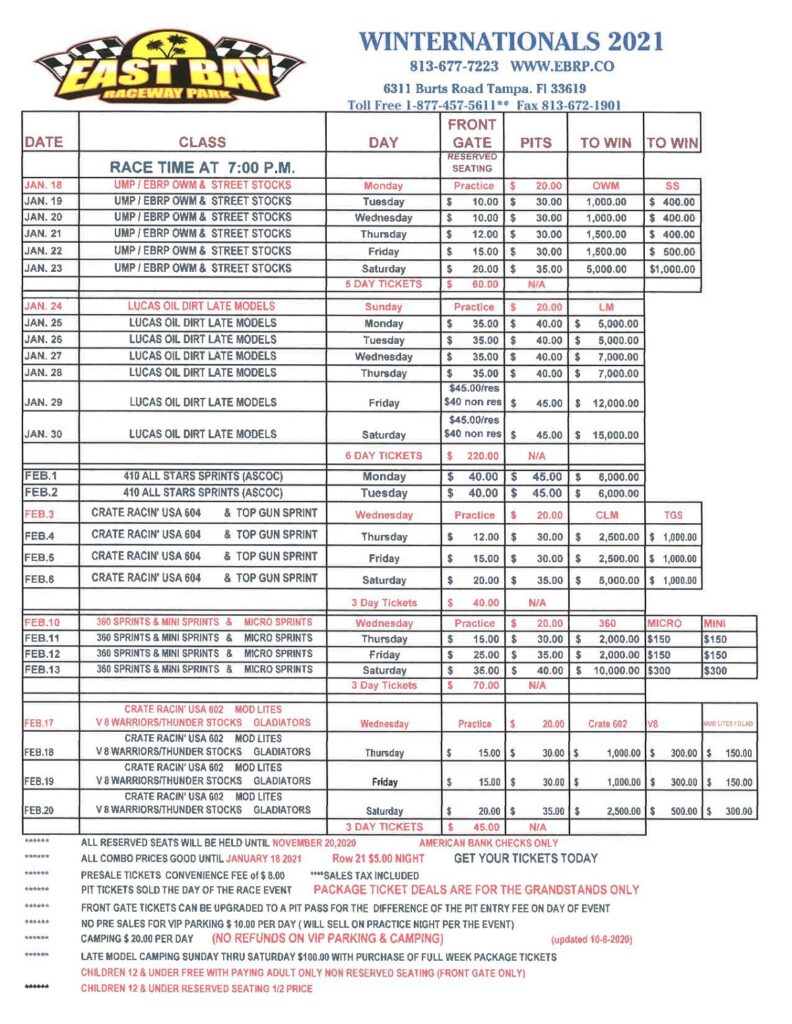 The schedule has been finalized for the annual Winternationals at East Bay Raceway Park with a whole month of racing on the agenda.

Activity starts with a practice night for UMP/EBRP Modifieds and Street Stocks on January 18 with five nights of racing to follow. The annual visit of the Lucas Oil Dirt Late Model Series will commence with a Sunday, January 24 practice session, followed by six nights of action.

The latest schedule addition will see the return of the All-Star Circuit of Champions as 410-powered Sprints roar into the Clay by the Bay. Last year’s appearance by the sanction saw capacity crowds enjoying great action. The ASCOC dates are February 1 & 2.

A practice night will be held on February 3 for the shows combining the Crate Racing USA 604 Late Models and the Top Gun Sprints. The racing intensified with three nights of the two divisions February 4-6.

The 2021 Winternationals picks up on the following Wednesday for an open wheel smorgasbord featuring 360 Sprints, Mini Sprints and Micro Sprints. Three nights of racing follow on February 11-13, culminating with the $10,000-to-win King of the 360s on Saturday night.

The final week of racing will offer four classes with the Crate Racing USA 602 Late Models, Mod Lites, V-8 Warrior/Thunderstocks and East Bay’s popular Gladiators. A Wednesday practice on February 17 leads to the final three nights of the Winternationals, which conclude on February 20.

Tickets are now available with prices listed on the grid seen above. Seating chart is shown below. 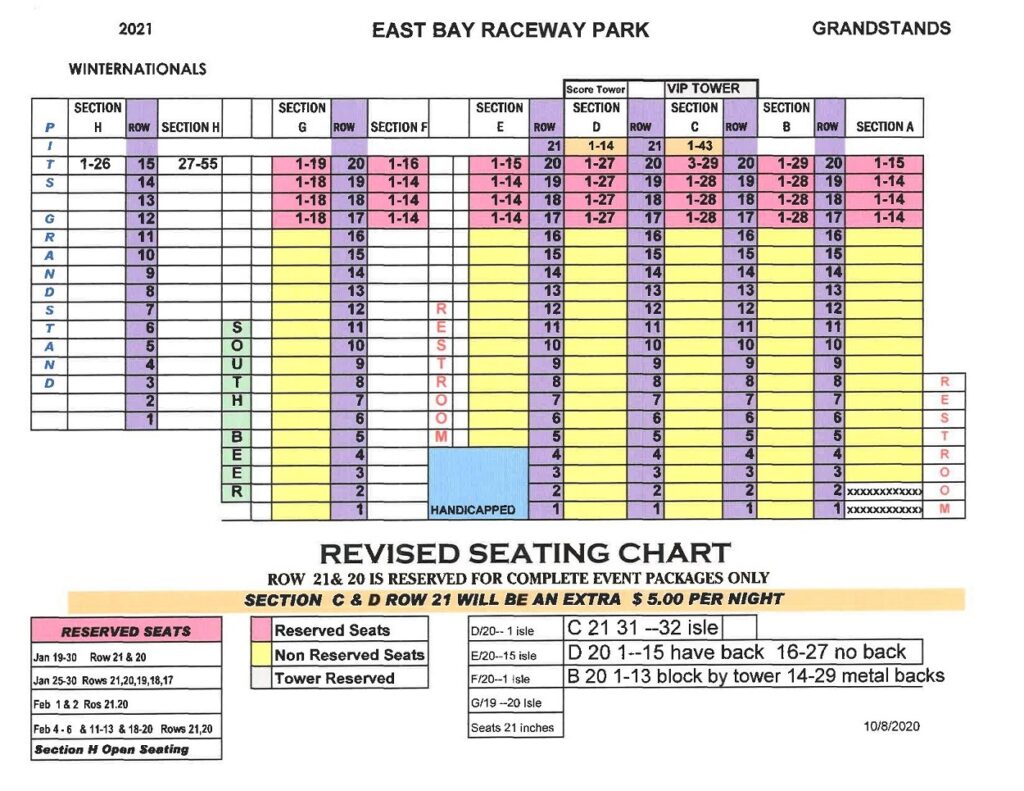