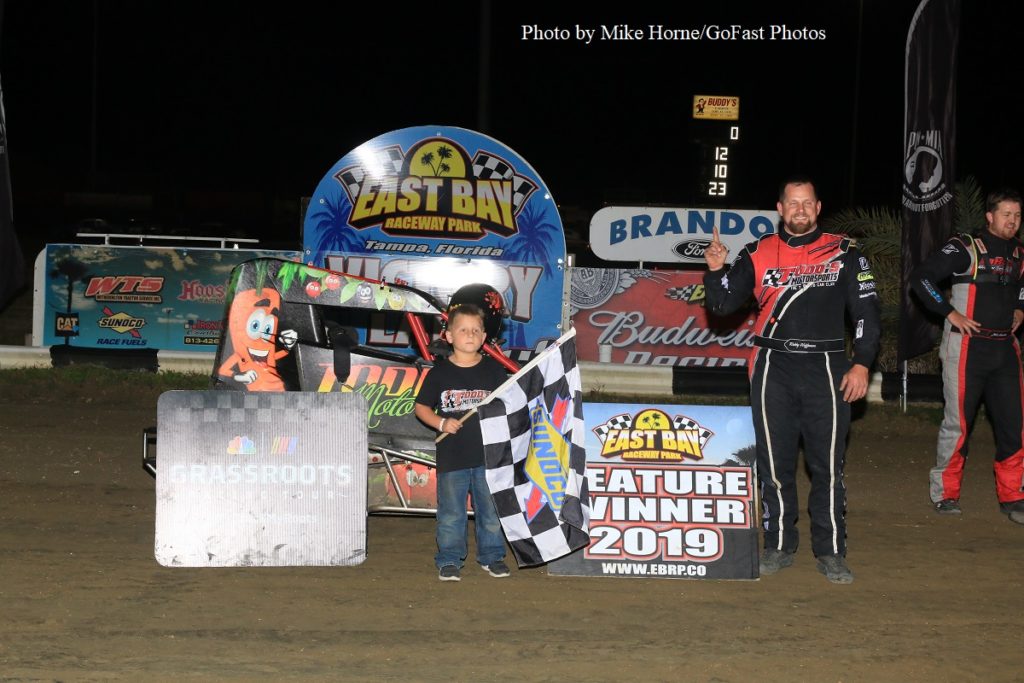 The performance of Robby Hoffmann was forecast when Hoffmann had a strong showing in the 43rd annual Winternationals. When it came time to open the regular season, Hoffman led off with a win on opening.

Through the next 10 events, the path to victory may have been a little different each time, but the result was always the same. Hoffmann would have a stranglehold on Victory Lane, winning all 11 features.

The performance also netted Hoffmann the championship of the Fall Mini Brawl, a special mid-season tournament that offered additional prizes to more than just the overall winner. Through the tireless efforts of racer Dustin Cates, sponsors lined up to provide additional purse money and prizes. The racers responded as the fields for these competitions swelled. There were 30 cars in the pit area on September 7th, the highest car count of the year for a division. That record only lasted until the second night of the Fall Mini Brawl when 36 cars were on hand for the competition.

The racing saw 43 different drivers throughout the year with the average car count of 11.4 in the regular season events (excluding the Mini Fall Brawl, which raised the overall average to 15).