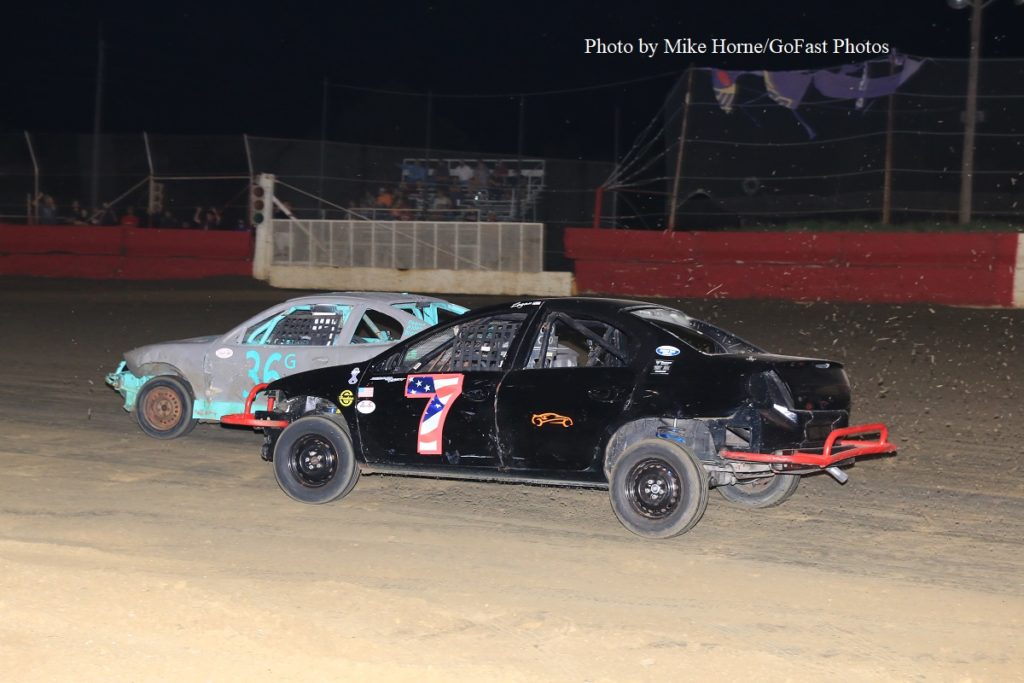 The 2019 season would see Studio Red Salon in Brandon come aboard as title sponsor for the Gladiator class and an appreciative group of racers rewarded their new sponsor with some on-track excitement. High car counts throughout the year made challenging races and each feature winner earned his victory at the end of the event.

The season opened with Kever Raulerson reeling off three consecutive wins. The streak was ended on March 30 when Kyle Bowman notched his first main event in his first year in the class. Brother Daniel Bowman, the defending Gladiator champion, got in on the act with his first feature win coming on April 6. Jeff Smith would become the fourth different winner, closing the month of April with a feature win.

Tracy Maynard joined the ranks of first-time feature winners during one of two May appearances for the class. Patrick Fiore Sr. closed off the month with his first win of the year.

Kyle Bowman picked up his second win of the year in the lone appearance in June.

The division came back to action on August 31 and 2018 Rookie of the Year Logan Casteel topped his previous best of second place with his first main event win. Daniel Bowman brought home a second win as he was moving steadily up the point standings in an attempt to defend his title.

After nearly a month without Gladiator action, Casteel picked up his second win. The wins and steady finishes put him in the conversation as a potential track champion.

Also in that conversation was Kyle Bowman, who would hunt the front every time he took the green. He got his second win on November 2 as the point race tightened up. Fiore would become a repeat winner a week before another repeat winner would show up. Raulerson claimed his fourth win, nearly eight months after his last victory.

With three events left on the calendar, Kyle Bowman continued his charge, winning the next two. The point race was close as the final event took shape on December 14. Robert Kissam salvaged a frustrating season by taking home the win on the final night. Kyle Bowman managed to reach second place after starting at the rear, but Casteel’s third place would give him enough to protect a point lead and turn it into a track championship.

There were 52 drivers in the Studio Red Salon Gladiators with four drivers competing in all 18 events. The division brought an average of 18.5 cars to the pit area on each race night and 20 car feature fields were a common sight.