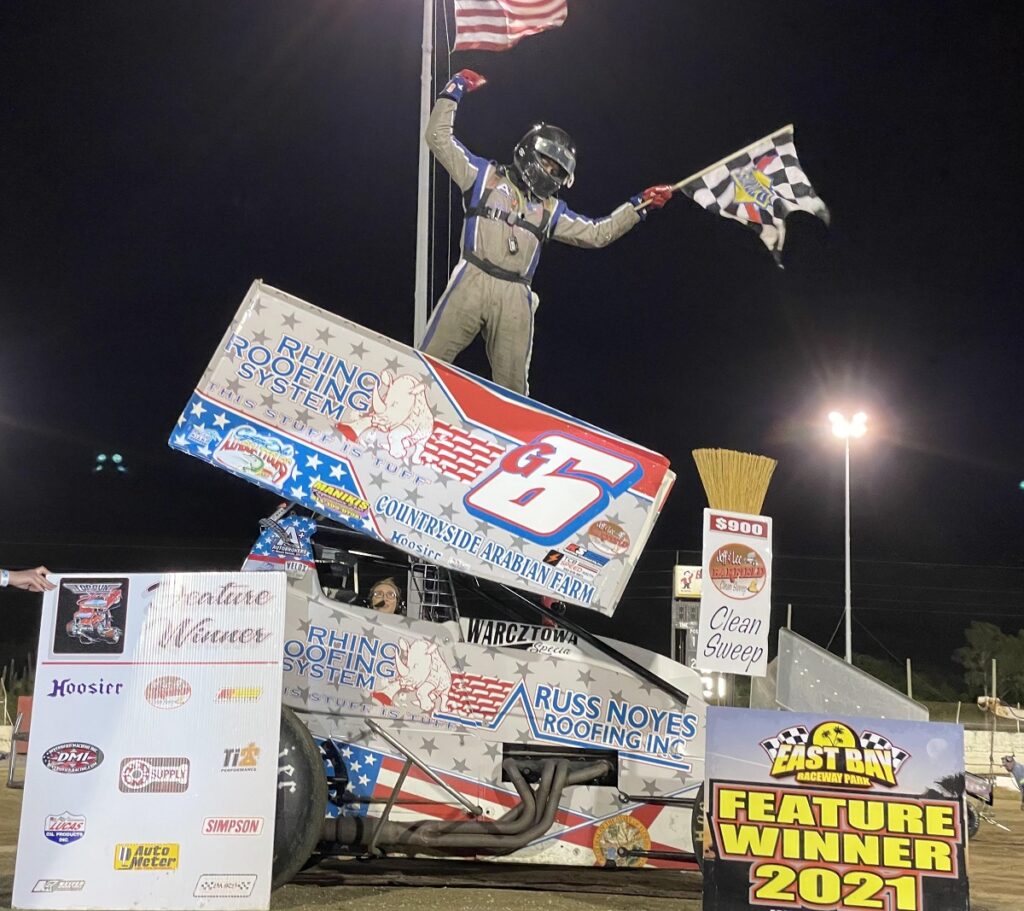 Brandon Grubaugh dominated his heat in the Top Gun Sprints action, then backed it up with a wire-to-wire win in the 25-lap A main. The leader quickly caught the back of the 17-car field, heading into lapped traffic by lap 3. The first yellow was displayed for a Harley Zimmerman spin, bunching up the field behind Grubaugh with Andrew Griffin settling into second. Griffin kept the spot until the next restart on lap 11 when Danny Martin Jr, snuck past to move to the runner-up spot. The caution returns on lap 18 as Shane Butler rolled to a stop. Soon after, some of the top runners started to experience tire issues,  but the issues did not strike the top two. With Martin closing, Grubaugh was often able to power away as the laps ticked off. When the checkered waved on the 25-lap main, Grubaugh had the series win and the additional $900 awarded in the Lee and Jeff Barfield Memorial Clean Sweep. Besides Grubaugh, Tyler Clem and Garrett Green won their heat events.

In the 604 Late Models, Jeff Mathews experienced a tight condition right from the start and dropped out of the top five. Just past the half way mark, the offending tire gave way, forcing Mathews to the pits. After a quick change, he was able to return on the lead lap and began his charge to the front. Mathews slipped past leader Jesse Brown with four laps to go to earn the win. Doug Horton led 25 laps until retiring from the event. Mathews and Horton were heat winners.

Seth Geary had been trying so hard to claim a win in the Gagel’s Open Wheel Modifieds, but could never quite seal the deal. The racer who hails 15 minutes from the track finally mounted the charge that got him his first win at the Clay by the Bay. Austin Sanders and Tyler Clem prevailed in the heats.

Former track champion Robby Hoffmann found victory lane in a relief role in the Q Mini Sprint 15-lap main. Hoffmann had to hold off heat winner Brad Sutton and was able to scoot home with the opening feature of the night.

Darren Bass was held out of victory lane in Mod Lites in 2020, but that drought has ended now that he parked in victory lane on Saturday night. Bass had control of the entire race, facing down challenges from heat winner Alex Cline. Dylan Dunn also won a heat event.

The final class of the night was the Outlaw 4s and 2020 track champion Stephen Hohlbaugh got his defense off to a good start.  The race stayed green for 12 laps with the only yellow showing when Hohlbaugh and Thomas Braswell made contact in the backstretch, damaging the left front of Hohlbaugh’s car. The damage was not enough to affect the performance as Hohlbaugh sparred with Billy Dukes to the end and came home victorious. Hohlbaugh and Dukes were heat winners.

The Street Stocks have been taken off the schedule for Saturday, March 20. This has been done to allow competitors to support the “One More for Turbo” race at Hendry County Motorsports Park.

Street Stocks have been added to the schedule on March 27. 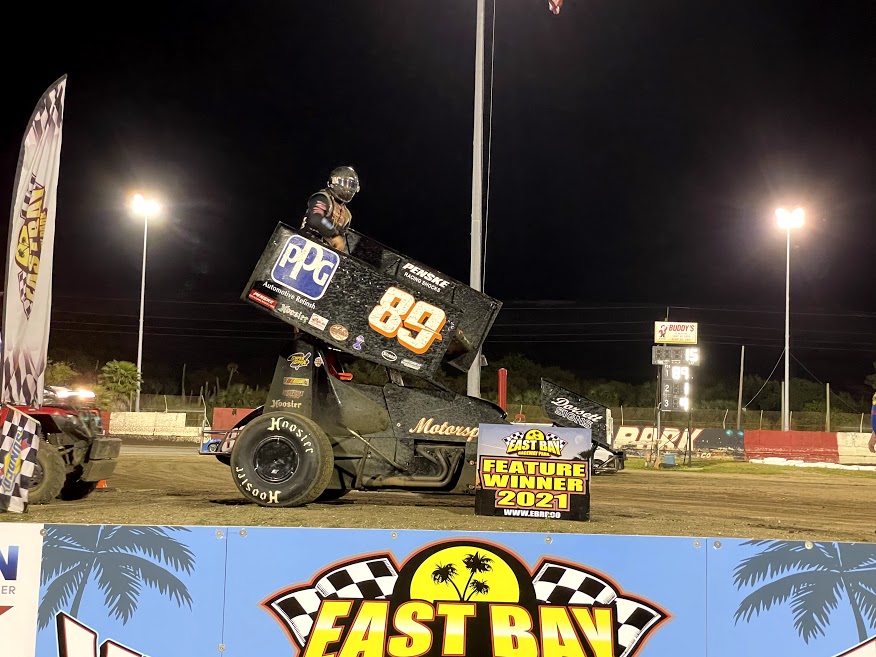 A few drivers who were held winless in 2020 proved that the new year would lead to better fortune and a pair of drivers picked up right where they left off from the year before.

Frank Beck took the early lead in the 15-lap Q Auto & Injury Medical Malpractice Attorneys Sprint main and never let anyone past. Beck stayed committed to the bottom line throughout the entire race, fending off the early challenge of 2020 East Bay champion Steve Diamond. Diamond had his hands full with Tim George and both soon found themselves in the sights of Shane Butler. Soon, Butler was able to make the pass for second and motor off in pursuit of Beck. The leader stayed low, giving the high side to the pursuer, but the checkered flag arrived with Beck bringing the Amans Motorsports entry home for his first win since 2019. Butler won the heat event.

Defending track champion George Handy started deep in the 19-car field as the V-8 Warriors took the green for the 15-lap feature. Mike Wilson grabbed the early lead with Jason Burnside in pursuit. The race made it to lap three and a series of cautions broke any momentum for most of the competitors. Handy had managed to move inside the top five in the short time and soon found himself on the backside of the race leader. On lap five, Handy made the pass for the top spot. The race continued to experience a number of cautions, but no one was able to get the jump on Handy for the win. Heat races were won by Nick Brown, Juston Meeks and Gary Lucas.

The night opened with the Micro Sprint main, which saw Doug Dyal making his return to Victory Lane. Dyal, a two-time winner in 2020, was also the heat winner.

The 602 Late Models (formerly Late Model Sportsman) brought Tim Dowling to the win, ending a long victory lane drought. Dowling grabbed the lead off the fourth turn on the first lap and never faced a challenge. The feature win backed up his heat victory.

A field of 25 Gladiators entered the first night of the competition. Heat wins were taken by Robert Kissam, Rodney Martin and Kyle Kruse. In the 15-lap feature, Rodney Martin captured the win, powering away from the challenges going on behind him. Charles Paris and 2020 track champion Daniel Bowman were locked into a battle for second throughout much of the race with Paris eventually prevailing.

Racers – If you are under 18 you will need to have an insurance form signed by both parents before you are allowed to race. This is MANDATORY!!!  You will have a special minor card to indicate that you are a minor driver.  The Minor Release forms are on the website and can be printed off to bring.  They must be printed in color and must be notarized.  Please look closely at the form as one side is for the parent to sign and the other is for the minor to sign.  If both parents are present you can sign the forms at the track in front of our staff.

“Our hearts are saddened to hear of the loss of Roger Crouse’s daughter Carly this week.  We hold Roger and his family close in our thoughts and prayers and hope you know that you have a big racing family that is here for you, and thinking of  you during this difficult time.  We are deeply sorry for your loss.” 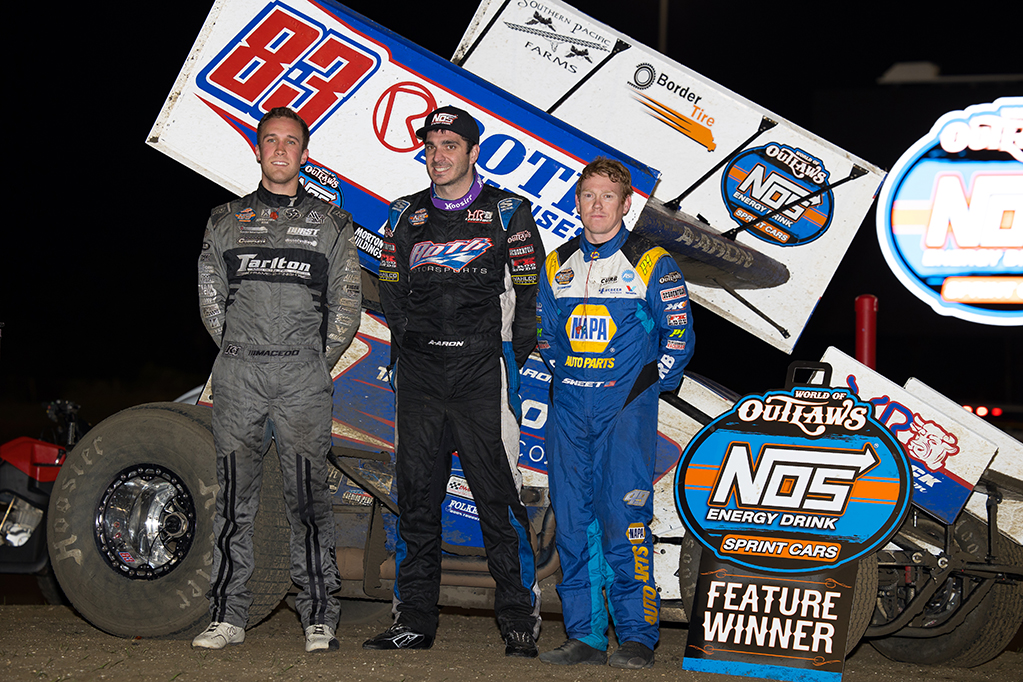 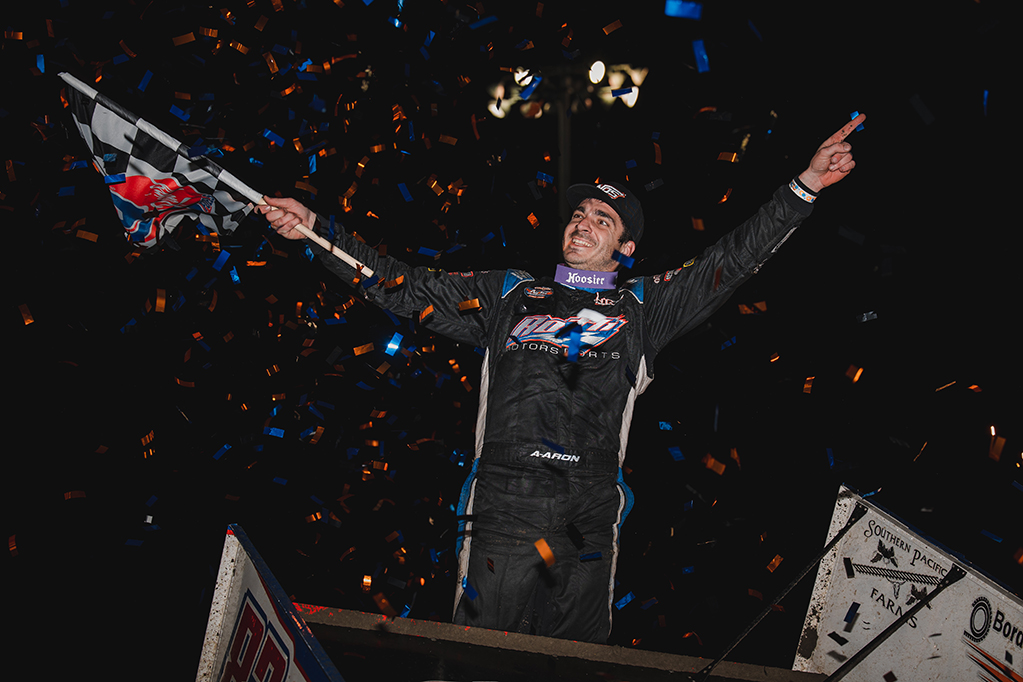 If needed, Sunday, March 7 could be used as a rain date for Saturday’s currently scheduled World of Outlaws Sprint Car event at East Bay Raceway Park, as long as conditions allow.

The UMP Modifieds will be competing with the World of Outlaws  NOS Energy Sprint Car Series at East Bay Raceway Park on Saturday, March 6. Tickets are available here.

The winner of the Modified feature will receive $1,500 to win the East Bay event with $100 minimum to start

. In addition to the feature purse, additional money will be given to the top three Modifieds who compete at Volusia Speedway Park on March 5 and East Bay on March 6. Points will be awarded at each event and the driver with the highest point total will get a $750 bonus. The driver who is second will get $500 while third place will pay $250.