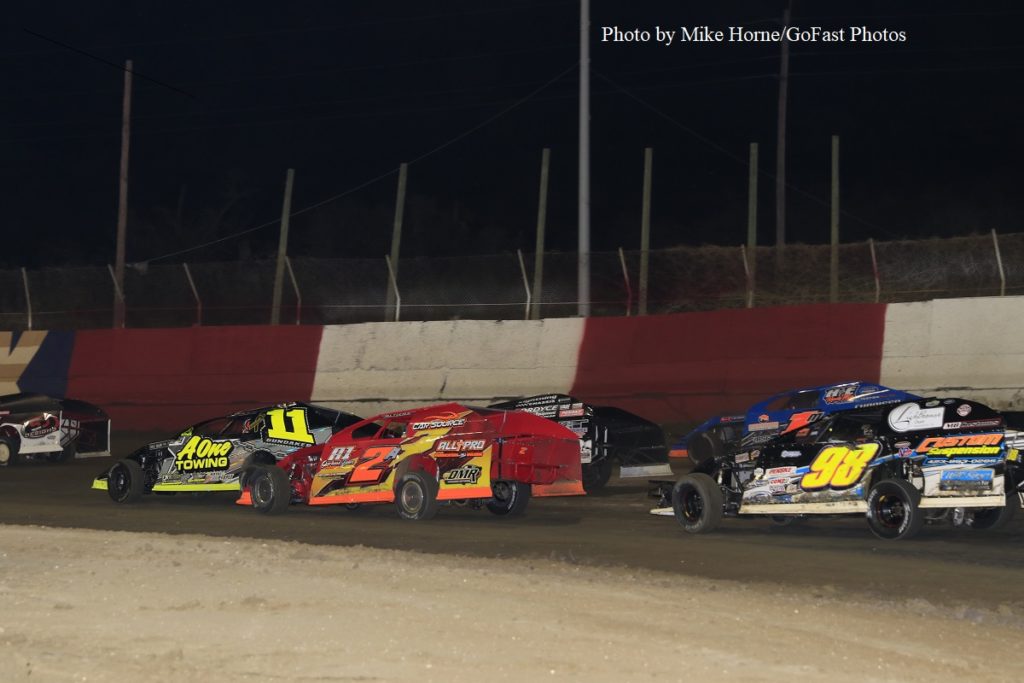 The 44th annual Winternationals at East Bay Raceway Park is now just days away from nearly 20 days of racing over the next month.

The activity opens with a practice night on Monday, January 20 for UMP/East Bay Raceway Park Modifieds and Street Stocks. The action gets underway the following night, opening five consecutive nights of scheduled action. The Modifieds will race for a top prize of $1,000 on the first two nights with the Street Stocks doing battle for $400 to win for the first three nights. The winner’s share jumps to $1,500 on the next two nights for the Modifieds while the Friday Street Stock winner claims $500. For the Saturday finale, the Modified winner will receive $5,000 with the Street Stock champion getting $1,000.

In 2019, 54 different Modified drivers from a dozen different states took part in the competition. Kyle Bronson won two of the four features with East Bay Raceway Park track champion Bryan Bernhardt and Tennessee racer Lucas Lee claiming the remaining events. Street Stocks were composed predominantly of Florida racers, but travelers came from as far away as Ohio for the action.

Activity will pick up again on January 29 with a practice session for the Durrence-Layne Chevrolet Late Models, Top Gun Sprints and V-8 Warrior/Thunder Stock divisions.  Three nights of racing will get underway the following night. For two nights, the Durrence-Layne Chevrolet Late Models will shoot for the $2,500 first place money with the top spot payoff doubling up on the first night of February. Top Gun Sprints will see $1,000 awarded to the winner each night. V-8 Warrior/Thunder Stock drivers have two nights with a $300 top payoff and $500 to the winner on the final night.

Groundhog Day falls on a Sunday and you’ll have to look quick to catch the shadows of the practicing Lucas Oil Dirt Late Model Series as the elite racers get their lone warm-up time before setting out on six nights of competition. The East Bay visit will be the second stop of the season, which will see 56 races for the series. Last year, in six nights of racing, three different feature winners found Victory Lane. Eventual 2019 series champion Jonathan Davenport backed up a mid-week with Friday and Saturday victories. Tyler Erb opened the series with two consecutive wins and second-generation racer Hudson O’Neal won a photo finish feature. The Lucas Oil Dirt Late Models will compete over six night from Monday, February 3 through Saturday, Feb. 8

The final week of the 44th annual Winternationals will open with a bang. The Ollie’s Bargain Outlet All Star Circuit of Champions presented by Mobil 1 has added East Bay Raceway Park to its February schedule. Two nights of racing will transpire on Monday and Tuesday, Feb. 10-11. The visit marks the return of 410 Sprints to the Clay by the Bay, which have not been a part of the Winternationals in more than a decade. Texas racer Aaron Reutzel is the two-time defending champion of the series.

After a Wednesday practice, a trio of open wheel classes close off the action with 360 Sprints, Mini-Sprints and Micro-Sprints on tap for racing from Feb. 13-15.

Tickets for all of the activity are available from the East Bay Raceway Park track office.