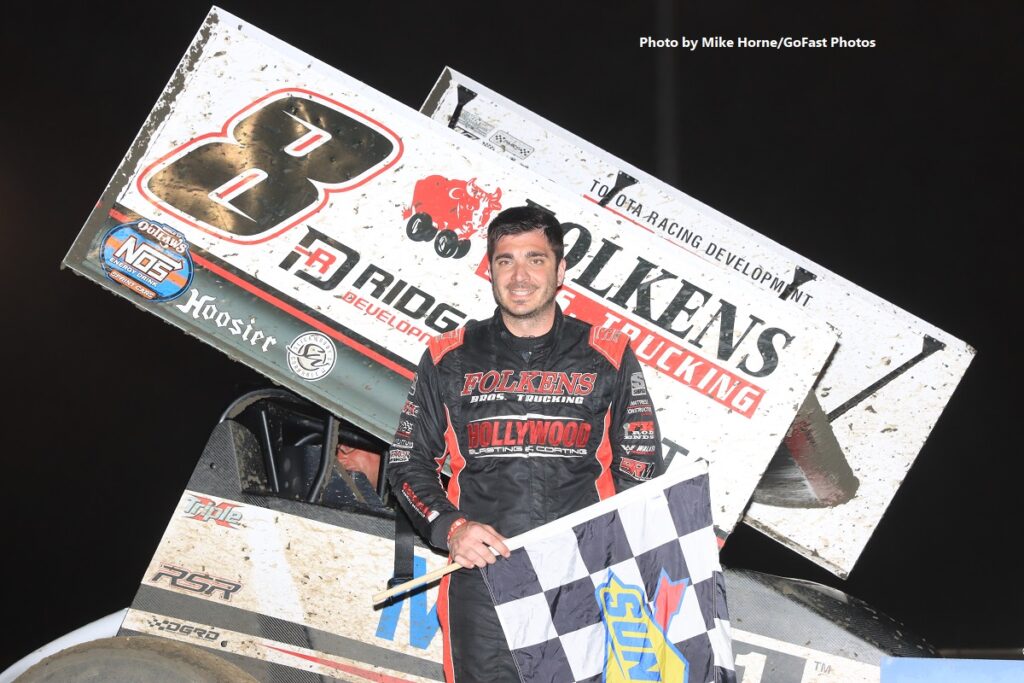 The second night of the final three-night session of the 2022 Winternationals ended with a familiar face in Victory Lane as 2020 King of the 360s Aaron Reutzel picked up the win in the 25-lap main. Reutzel started in fourth, but quickly came into the top three before making the winning pass on lap 17.

Louisiana’s Dustin Gates jumped into the lead from the pole position he had earned with the most passing points, coming from tenth to second in his heat. His time at the front was brief as Reutzel claimed the point on lap 2. With Reutzel in command, the first caution flew on lap 3, bunching the field. Friday winner Mark Smith moved into second on the restart and grabbed the lead on lap 8 as the leaders hit lapped traffic. As Smith was working through the backmarkers, he bobbled off turn two, opening the door for Garrett Green to grab the lead. Smith got back in front two laps later. Reutzel committed to the top and began to chew up the ground to catch the leader. Reutzel slipped by on lap 17 and paced the field to the checkered flag ahead of Smith and Green.

The field of 24 cars consisted of 19 drivers who had been in the A-main on Thursday with five newcomers getting a shot at glory.

Randy Giroux captured the Mod Lite 20-lap feature, taking the lead near the halfway point of the 20-lap feature. Thursday winner Codey Benoit was the early leader until Giroux powered by on the outside down the backstretch. Giroux was able to build a lead, but faced familiar foes Doug Williams and Josh Sliter in his quest for victory. Williams was making his first start after travel issues prevented him from competing on Thursday.

The King of the 360s will be crowned Saturday night as the 2022 Winternationals comes to a close. Race time is 7 p.m.