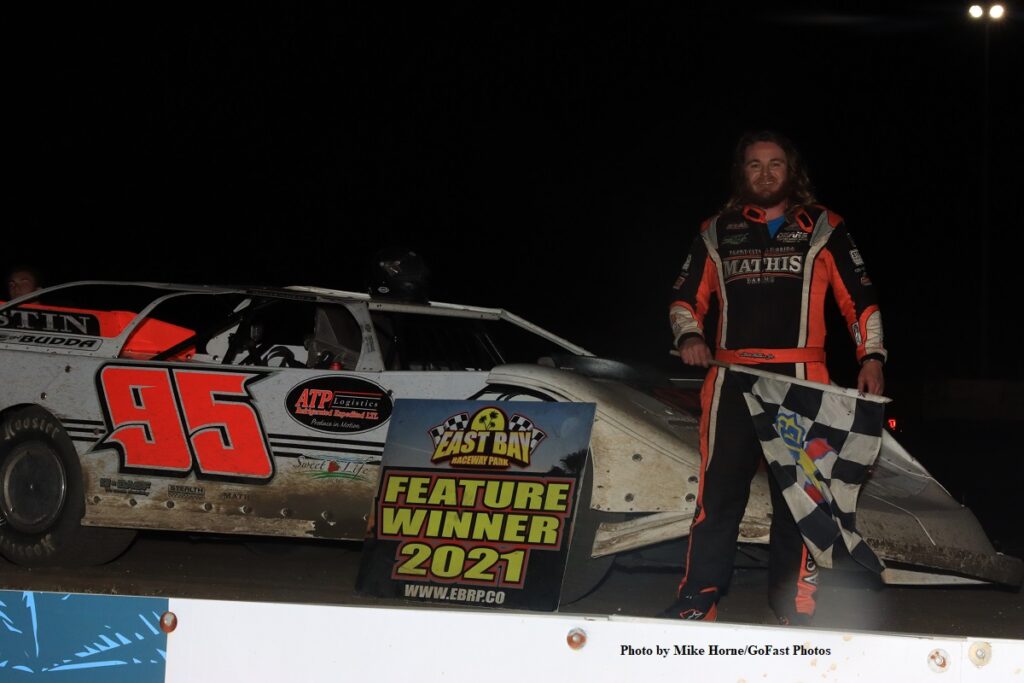 With six divisions on the schedule, the excitement was non-stop as the countdown continues to the end of the 2021 season. Only three events in December remain and point battles remain intense.

A 30-lap 604 Late Model feature served to show how intense the racing can be at the Clay by the Bay. After Josh Peacock led the opening lap, Steve Mathis Jr. swept into the lead. Point leader Doug Horton grabbed second from Peacock on lap four. Mathis would begin to add distance between himself and his challengers as the race stayed green through the early stages. Slipping through the field as backmarkers gave the leader plenty of room, Mathis stretched out his margin as the green remained. On lap 22, the leader had four lapped cars between himself and Horton. The only caution showed on lap 25 when Wallace Peacock slowed, bringing out the yellow. On the restart, Mathis picked up where he left off, cruising to his second win of the season. Daniel Woody and Jimmy Waldrop had claimed heat races.

A pair of drivers notched their sixth feature victories of the season as Nick Brown (V-8 Warriors) and Austin Martin (Mod Lites) were best in their respective classes. Martin, a two-time track champion racing a part-time schedule in 2021, had his hands full with point leader Alex Cline, who had taken the early lead from Jeff Bonnema to become the third different leader after Dylan Dunn paced the opening lap. Martin was able to slide by Cline on the eighth lap for the win. Martin and Cline had won heats. A red flag flew in a Mod Lite heat when Jeff Wolfe ended up on his roof in turn four. Wolfe was OK, but unable to continue in the preliminary.

Brown’s victory in the V-8 Warriors provided welcome redemption for a clutch issue that took victory away from the point leader the week before. Brown had to hold off the charge of George Handy, but Brown kept the #12 in front to claim the win. Brown and Handy had been heat winners.

A wild Outlaw 4 race saw a new winner as Brian Barse parked in Victory Lane in just his third start of 2021. Barse, who won his heat, was never headed in going wire-to-wire. Several potential competitors found themselves in on-track incidents that diminish their chances for a win. Brad Button recorded his first East Bay victory with a heat win.

Bryce Comer powered to the Q Mini Sprint feature, his second main event win of the year. Early challenger Kenny Brewer suffered through an early race spin, but managed to make it back to the runner-up position. Brewer had won his heat race. The other preliminary was the first 2021 win for Charles Landis.