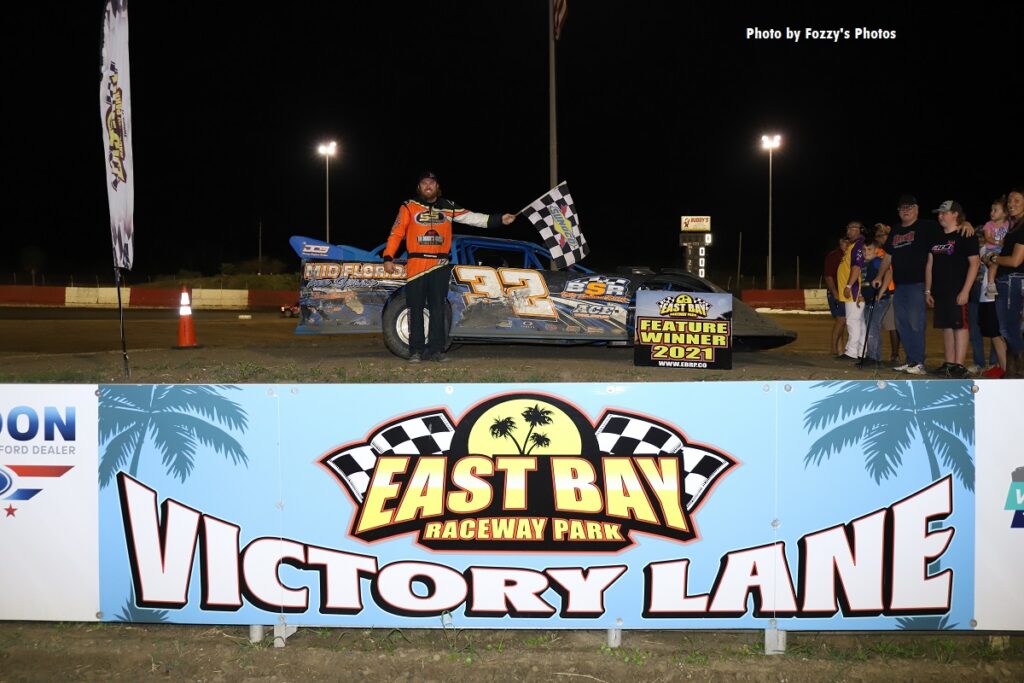 The month of May opened up with a six-division program with a special appearance by the Daytona Antique Auto Racing Association, kicking off the first of five nights of racing in the month.

Shan Smith led the parade of 604 Late Models in a caution-free contest. The 30-lap main saw Smith grab the lead early and stretch out the margin, never seeing a challenge from the second lap on. The torrid pace spread the field of cars as the feature took under 8 minutes to complete. Heats were won by Steve Mathis and Travis Varnadore. Smith becomes the second different winner of the division in 2021.

Austin Sanders jumped into the lead at the start of the 15-lap Gagel’s Open Wheel Modified main, then held off the challenge of Bryan Bernhardt to score the win. Sanders had made the commitment to run the top of the race track and made it work to grab the win. Bernhardt captured the preliminary event.

A field of 17 Street Stocks took the green for the 15-lap feature, but the field was forced to a restart after a three-car mishap in the first turn. On the start, Thomas Pratt moved out to the lead. On a mid-race restart, Pratt was bypassed by Richard Livernois and Zack Amundsen, but the pass was wiped out by a caution. Pratt soon found himself in the same predicament with Livernois becoming the new leader. Tim Gay moved past Amundsen for second at the halfway mark and began to close the gap on Livernois. On lap 14, Gay made the winning move to claim his second feature of the season. The winner had also used a last lap pass to gain his preliminary win. Livernois and Jim Baker took control of the remaining heats.

The third different winner in the Mod Lites found Victory Lane as Alex Cline overcame issues that kept him from his heat race to get to the winner’s circle. J.T. Joiner held the early lead, but spun to give the top spot to Kevin McKenzie. Cline made his move on the tenth lap and came through with the win. He was a winner in 2020, giving him victory in two consecutive seasons. McKenzie scored the heat win for his first East Bay Raceway Park win.

A wild Mini Sprint feature saw the red flag displayed as three cars tangled, sending two airborne. Stephen Thomas made a complete flip, landing back on the wheels and driving away while assistance was rendered to Chris Silva and Doug Dyal. As the racing settled down, Bruce Comer slipped past Cody Bryson to notch his third of the 2021 campaign. Comer and Easton Lebo, making his first East Bay appearance in 2021, took home heat wins.

The 15-car Gladiator main brought Wayne Kissam to Victory Lane, finishing just ahead of brother Robert. Wayne and Brittany Hart fought hard for the top spot in the first five laps before Wayne Kissam took over. The victory marks the fourth different winner in four races for the class. Hart, Tracy Maynard and Rodney Martin came home with heat victories.