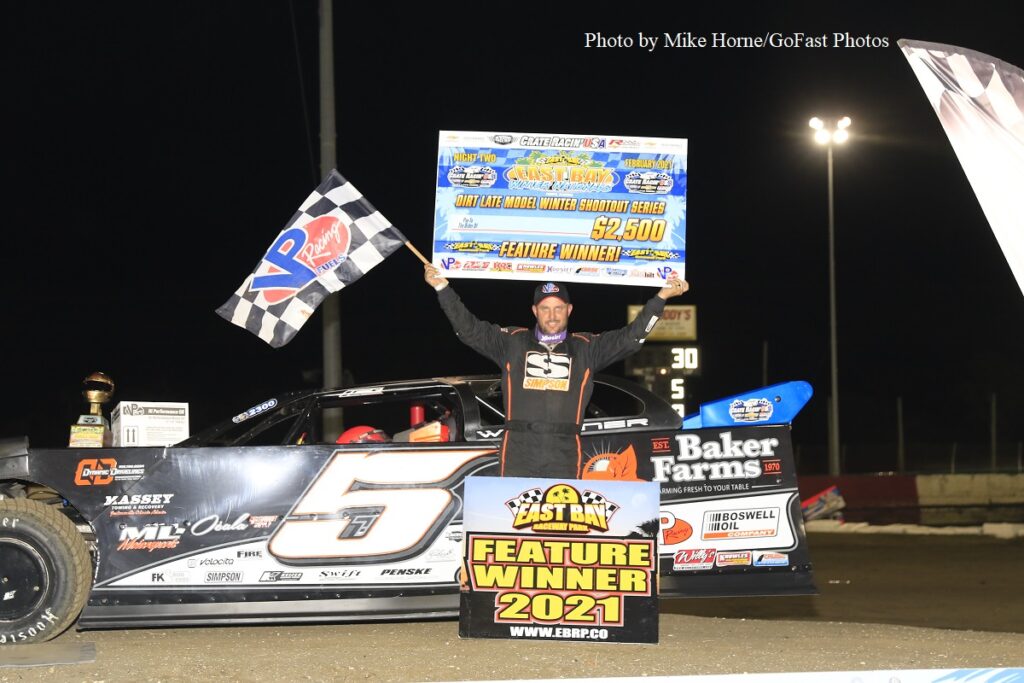 It was déjà vu for night number two in the week of the action with Crate Racing USA and Top Gun Sprints taking part in the 45th annual Winternationals. Mark Whitener returned to victory lane in the 30-lap Late Model race while Justin Webster made it two-for-two in Sprint racing.

The 30-lap feature was completed in 8 minutes and 51 seconds, running caution free with exciting action all over the race track. Lukon grabbed the early lead and set the pace that sent the leaders into lapped traffic by the sixth circuit. Thursday winner Mark Whitener stalked Dylan Knowles for second, finally making the pass on lap 13 for the runner-up spot. As Lukon wound through traffic, Whitener closed the gap, moving inside on lap 22 to contest the top spot. That attempt did not yield a lead change, so Whitener tried the high side three laps later. This maneuver would prove fruitful as Whitener took the top spot for the second consecutive night. 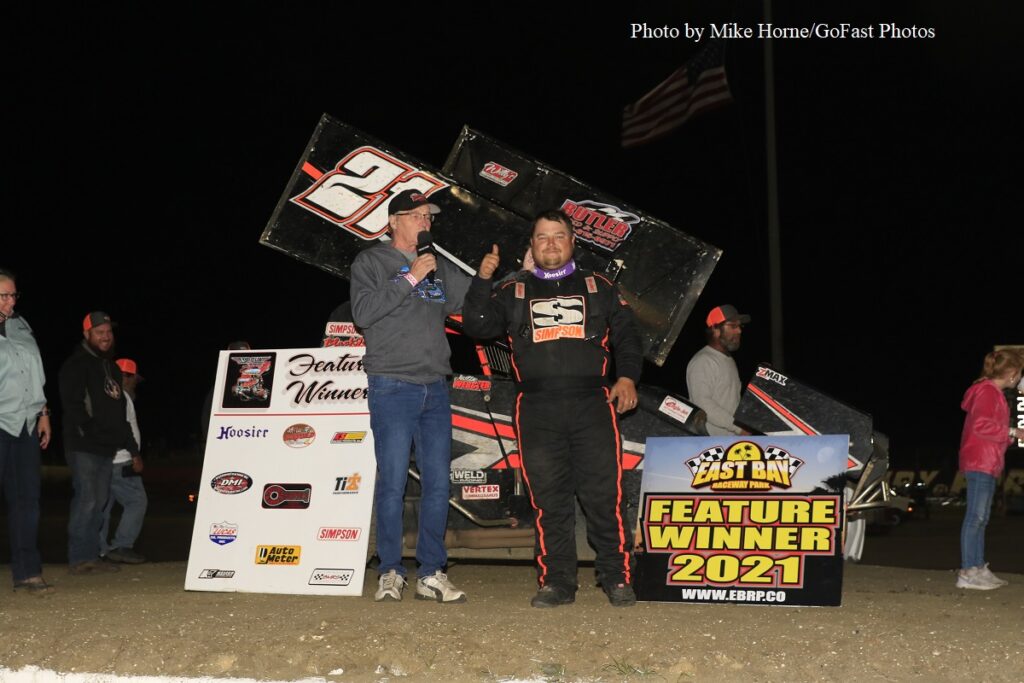 Night number two of the 2021 Top Gun Sprints season saw plenty of excitement. Four-time and defending series champion A.J. Maddox grabbed the lead at the start from the outside front row spot. An early caution  bunched the field with Thursday winner Justin Webster sitting in second. On the restart, Webster and Butler were swapping position until heat winner Robby Hoffmann took command of the runner-up spot on lap six. While Butler began to fade, Webster renewed his challenge, catching and passing Hoffmann on lap 18 and wasting no time to get around Maddox for the first lead change of the race. The caution came out for a Hoffmann spin and it looked like Webster’s pass would have been for naught, but the lap counted and the new leader would be in charge at the green flag. Garrett Green, who started 15th and Danny Martin, who had visited the pits early and re-started from the tail, shot by Maddox to hound Webster. Martin would gain second on lap 22, then grab the lead at the line on lap 23. With the white flag waving, Webster regained the lead and the two raced to the checkered flag. At the finish line, Webster prevailed by 0.036 seconds for his second consecutive win.

Joining Hoffmann as heat winners were 2020 East Bay Raceway Park Sprints champion Steve Diamond, Brandon Grubaugh and Tyler Clem. None of the heat winners were able to claim the Lee and Jeff Barfield Memorial Clean Sweep award, which will increase to $600 for the next event.

The final night of East Bay racing for the Crate Racing USA Late Models and Top Gun Sprints as part of the Winternationals will take place on Saturday night with the Late Models seeing $5.000 awarded to the feature winner.