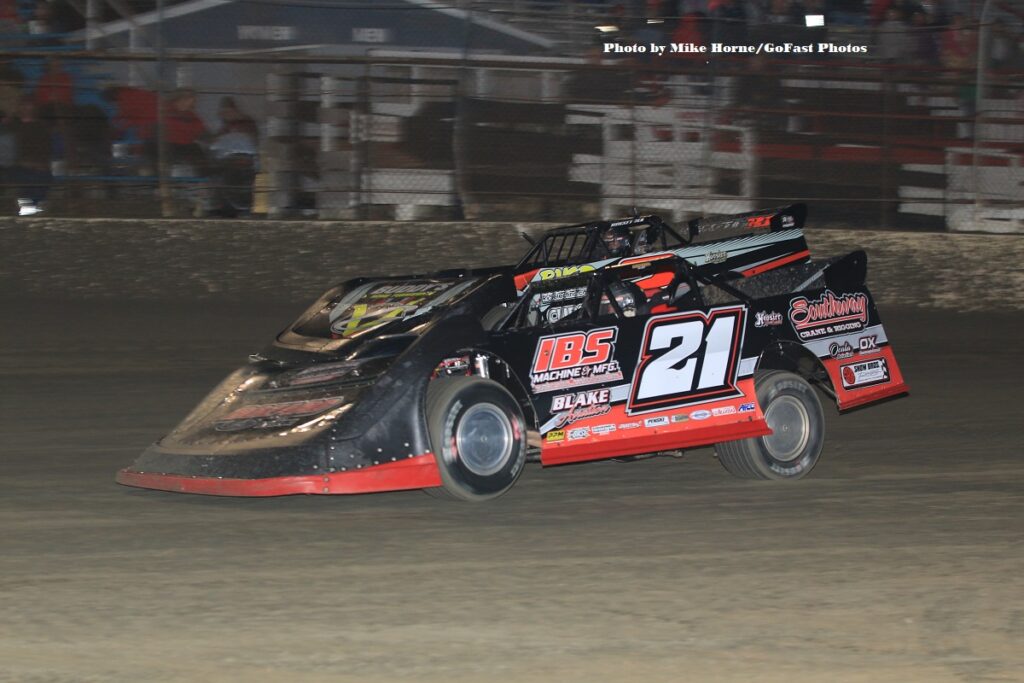 The final racing night of the 2020 season at East Bay Raceway Park closed with a six-division program, highlighted by a 50-lap Pro Late Model main event as the cars competed with the roofs removed.

With 24 of the 25 entries ready to take on the main event, the field rushed to the green with polesitter Jeff Mathews asserting himself to the top spot. Newly crowned Pro Late Model track champion Phillip Cobb slipped past Mathews on the seventh lap to grab the top spot. The field stayed under green for the first 21 laps. A Bryce Alexander spin bottled up race leader Cobb and heavy contact was made, eliminating the race leader and Waylon Haynes from further competition.

Mathews time up front was short as Devin Dixon slipped past a lap later with the race witnessing six caution flags in the next 10 laps. During the period, Ivedent Lloyd and Mathews exchanged second place on several occasions until the lined up under yellow on lap 31 for a Travis Varnadore spin. On the restart, Dixon found himself swallowed up by the field with Lloyd gaining the top spot. Another long green flag period saw the leaders again working lapped traffic. Dixon, who had slipped back to fifth, came charging back to catch Lloyd as the white flag came out. Dixon had trouble with turn two in his pursuit and that gave Lloyd enough of an opportunity to break away for the win. Lloyd, Dixon and Cobb had won the eight-lap heat races.

Shane Butler scored another December Sprint win as the Q Auto & Injury Medical Malpractice Attorneys Sprints wrapped up their year. Butler, who won the 2019 Don Rehm Classic in December of last year, had a close call in the early stages, making contact with Andy Cobb in an incident that saw Cobb retire for the chase. Butler held the point on the restart ahead of Bryan Eckley and couldn’t shake Eckley at the return of the green. Butler worked masterfully through lapped traffic, bypassing up to fifth place by the time the checkered flag flew. Cobb and Eckley were heat winners. Steve Diamond, who finished third in the main, captured the track title.

In Street Stock racing, it was a familiar car in Victory Lane with a different driver getting the job done. With the 2020 Modified season complete, Austin Sanders got a chance to get behind the wheel of Paul Davis’s Street Stock, a car that had seen three feature wins on the year. Sanders made the transition from the open wheel car with ease, grabbing the lead on lap four and cruising to the win. Buck Woodhouse and Jason Burnside were heat winners. Billy Barstow, who carried the point lead into the final event, came out with the 2020 Street Stock track title.

The Q Auto & Injury Medical Malpractice Attorneys Mini Sprints closed their season on an unfortunate note as a lap 9 incident resulted in a red flag and concluding the race after a 43-minute stoppage. While running in second spot, Jamie Tinkham attempted to pass a lapped car and contact was made, sending Tinkham’s car tumbling high into the air. Safety crews worked with the driver, who was transported to an area hospital for observation and assessment. The drivers unanimously agreed to end the race, giving Bruce Comer his third feature of the season and backing up his earlier heat win.

The final feature of the night saw 20 cars take the track for the Gladiator feature. Daniel Bowman had the early lead and held it through the first half of the race until Derrick Edwards slipped past. Bowman kept the pressure on to regain the top spot on a restart, then hold off Bailey Purcell’s pursuit. Bowman’s fifth feature win combined with his point lead earned the 2018 Gladiator champion a return to the top of the class. Edwards and Robert Kissam won preliminary events.

The off-season will be a short one as racing will resume in 31 days with the first night of the 2021 Winternationals on January 19. Five nights of racing featuring UMP/EBRP Modifieds and Street Stocks will open the five weeks of action.

East Bay Raceway Park would like to thank the fans, drivers, crew members and employees for all of the efforst in a trying 2020 season. Without their efforts, none of this would have been possible. Merry Christmas, Happy New Year and see you at Winternationals. 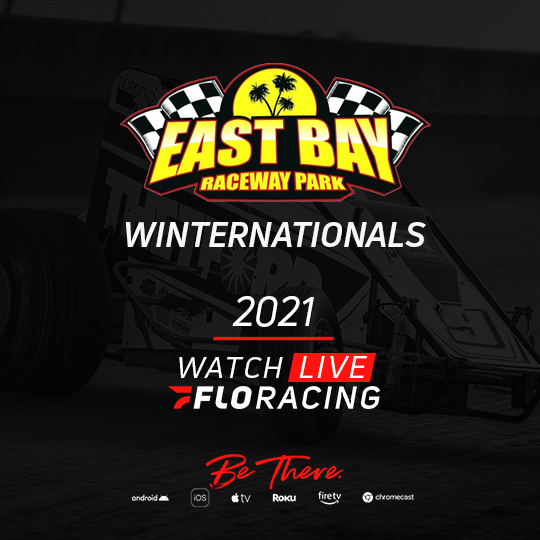