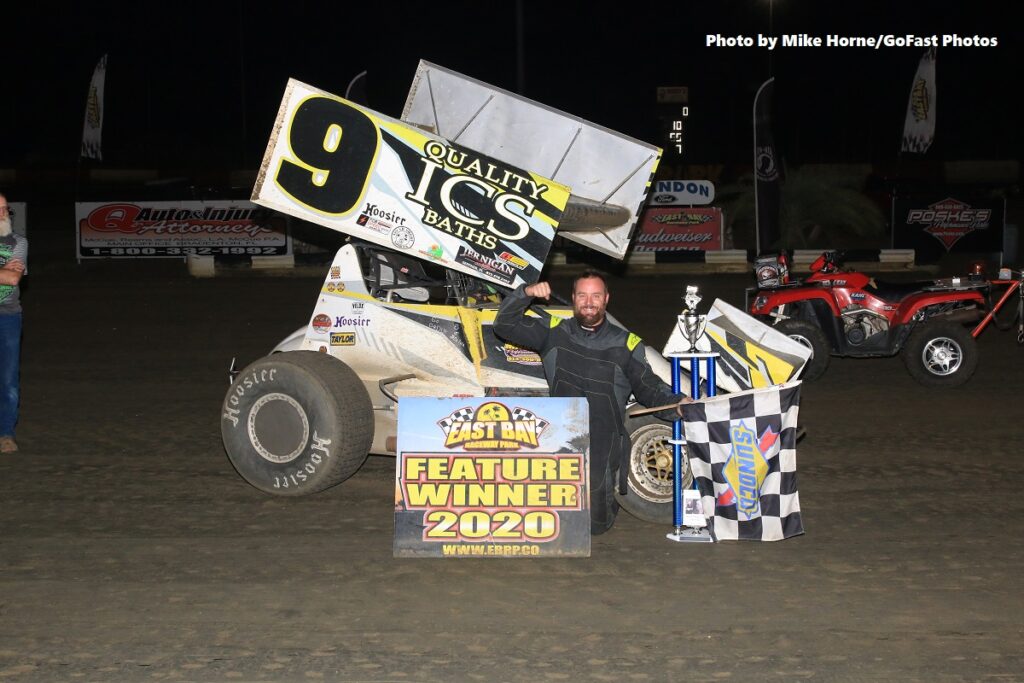 The Q Auto & Injury Medical Malpractice Attorneys Sprints were the headline act with the annual Bob & Marge Long Memorial 20-lap feature. When the green flag flew, Tyler Clem grabbed the early lead while several competitors diced for position behind the leader. Three-time feature winner Steve Diamond fell into second ahead of Justin Webster. Frank Beck got past Webster to move to third as Diamond fought to keep Clem in his sights. A lap six caution flew as Billy Bridges lost power on the frontstretch and had to be assisted to the pits. On the restart, Clem slipped ahead, but was not able to get much of an advantage over Diamond. At the halfway mark, Diamond was able to get by and held the lead to the finish. Beck would make a last lap pass on Clem for second with lapped cars in the mix, but the pass was nullified by the tech man, giving Clem the runner-up spot. The decision also gave Clem the heat win with Brandon Grubaugh also scoring a heat. Bridges was awarded the Hard Luck award with Tim George getting Hard Charger.

Phillip Cobb jumped into a team car for Bryan Bernhardt and brought it home to Victory Lane in the 15-lap main for the Gagel’s Open Wheel Modified. Cobb had never turned a lap in the car, but relied on track champion Bernhardt’s team to prepare the machine to perfection. Dale Kelley had the early race lead when third-running Seth Geary spun on the initial lap. Kelley was able to keep the top spot on the restart, but Cobb slipped by a few laps later. Back in the field, Austin Sanders and Bernhardt were locked in a position battle for several laps with side by side racing. Travis Varnadore got past Kelley for second late in the race. Sanders and Geary were heat winners.

It had been exactly eight months since Bo Bass parked his Mod Lite in Victory Lane at East Bay. Bass, the winner of the first event of the year on March 7, was able to go wire-to-wire for the victory and put himself within three points of the division leader Austin Martin, who finished fourth. Andrew Smith (second) and Jeff Bonnema (third) posted their best finishes of the year. Alex Cline, who experienced mechanical difficulty in the main, and Bonnema won preliminaries.

Zack Amundsen found victory in only his second start of the year after battling overheating issues in his last appearance at the Gary Gay Memorial. There would be no such  problem on this night as Amundsen got around race leader Paul Davis on the fourth lap to move ahead. Davis made several late race efforts to get back in front, but Amundsen was able to power away on the straights. Buck Woodhouse and Nick Hebrank opened the night with heat wins.

“Finally”. That was the exclamation of Bruce Comer, who won his first feature in the Q Auto & Injury Medical Malpractice Attorneys Mini Sprints. Comer grabbed the early race lead from the second row and forced Jamie Tinkham to chase him throughout the entire race. Comer, who was out of the area the last time the class competed, gave up the seat to defending track champion Robby Hoffmann, who promptly won the main. That turn of events put the pressure on Comer. “Robby won with it, so I had to win or it would look like I was problem. It’s been a long time coming,” he joked. Comer and Tinkham had won their heat races.

The next action at East Bay Raceway Park will be the re-scheduled Gene Slaughter Memorial, a 50-lap main for Pro Late Models on Saturday, November 14. Joining the action will Outlaw 4s, V-8 Warriors, Gladiators and Micro Sprints.