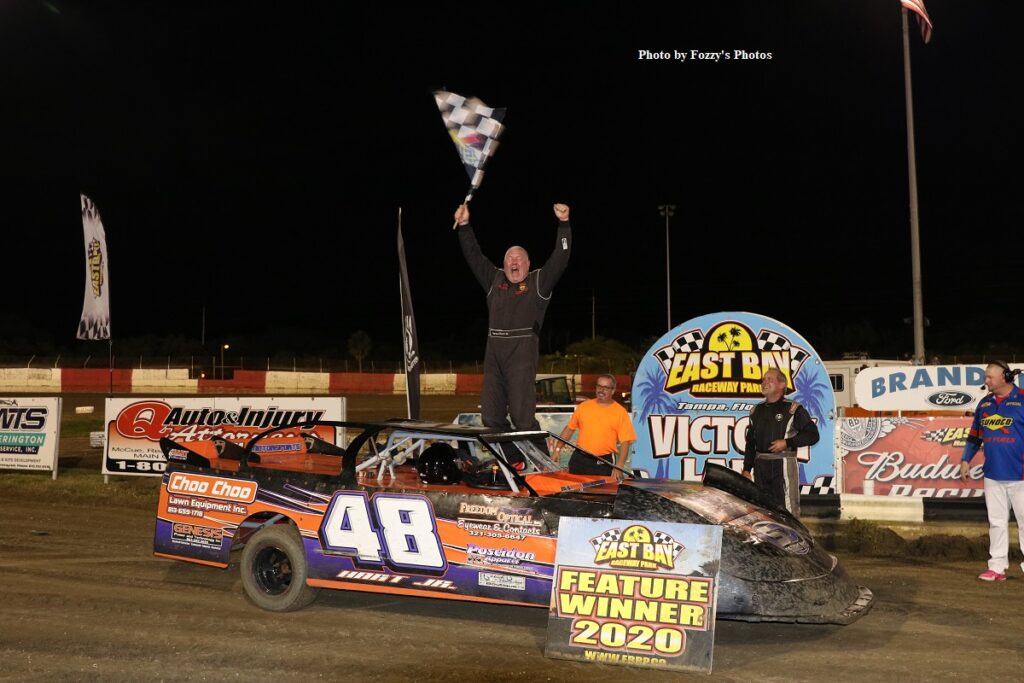 Defending Gagel’s Open Wheel Modified champion Bryan Bernhardt made a late race pass on Seth Geary to secure his third win of the 2020 season. Geary held the lead against the assault of Bernhardt and Shane Burrows, managing to keep the lead until lap 13. Bernhardt slipped past and Burrows followed through as the checkered flag flew. Burrows had won the earlier heat.

Tanner Cobb made a triumphant return to Victory Lane in Late Model Sportsman action, gathering in his fourth victory of the 2020 season. Cobb, who was also credited with a heat race win, got pressure from 2019 track champion Forrest Gough, but held his line throughout the entire 15-lap run for the victory.

Nick Brown backed up a heat race win with a wire-to-wire run in the 15-lap feature in V-8 Warriors. The win was Brown’s first of the season in limited action. Derek Gray and Kayla Handy, each winners of earlier heat races, kept up a battle for position behind Brown until Handy was able to slip into second.

Vernon Hart Jr. became another new name in the winner’s circle, his first feature win on a dirt track in his career. Hart was clearly in command from start to finish. Attrition came early as point leader Stephen Hohlbaugh left near the halfway mark with tire issues, leaving only five competitors to finish the event. Dorsey Strickland and defending track champion Brandon Yates claimed the preliminaries.

The Gladiators closed the night with Daniel Bowman making a triumphant return to Victory Lane. Bowman suffered transmission issues on the first lap of last week’s race, forcing him to spend all free time in making the repairs needed to get the car on track for the Saturday action. Bowman and Bailey Purcell claimed heats.