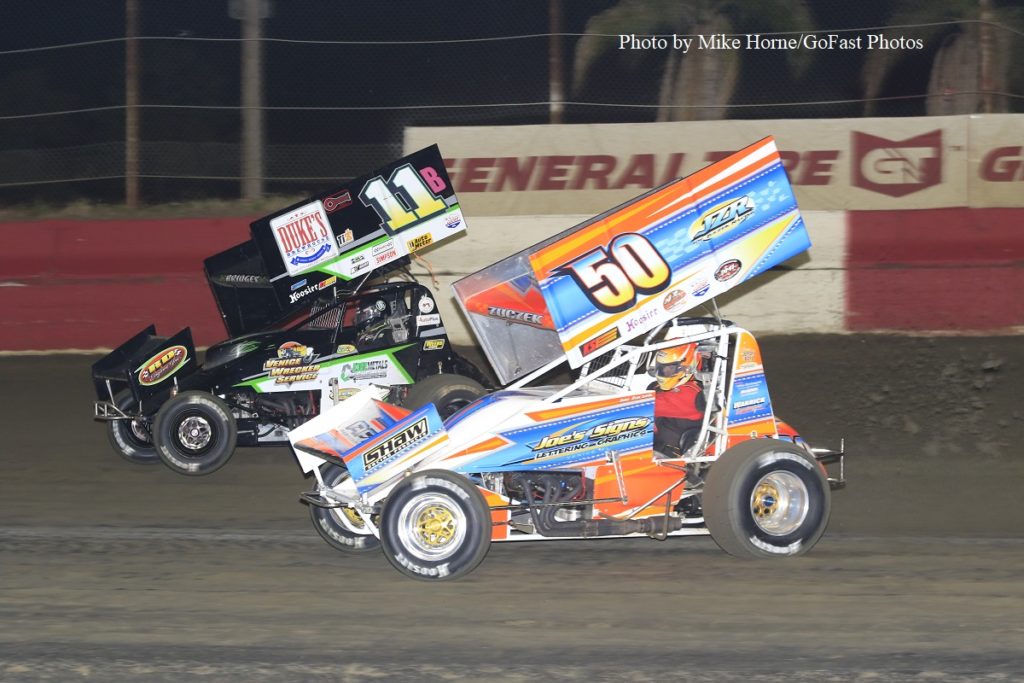 The Q Auto & Injury Medical Malpractice Attorneys Sprints had the unique distinction of seeing a different winner in every feature in the 2019 regular season. In the end, the 2018 track champion Joe Zuczek would do what it would take to make it back-to-back track titles.

The first driver to take a spot in Victory Lane would be former track champion Tim George of Venice. His win came on March 30.

A dozen cars were part of the May 4 Full House Night when the division returned for night #2. Bryan Eckley came away with the feature victory and found himself in a tie for the points lead with George.

It would be nearly six months before the class would get a chance to compete again. When the field hit the track on November 2, another former track champion would park on the frontstretch. Dylan Colding, who had experienced a number of setbacks in his racing efforts in 2019, was able to break through for the win.

The track title was up for grabs when the final night of the division’s schedule came to pass on November 16. When the checkered flag flew, it was 2018 champion Zuczek with the win. That victory, along with disappointing outings for George and Eckley, sealed the championship for Zuczek.

The events averaged 11.3 cars for the division with 23 different drivers in action.