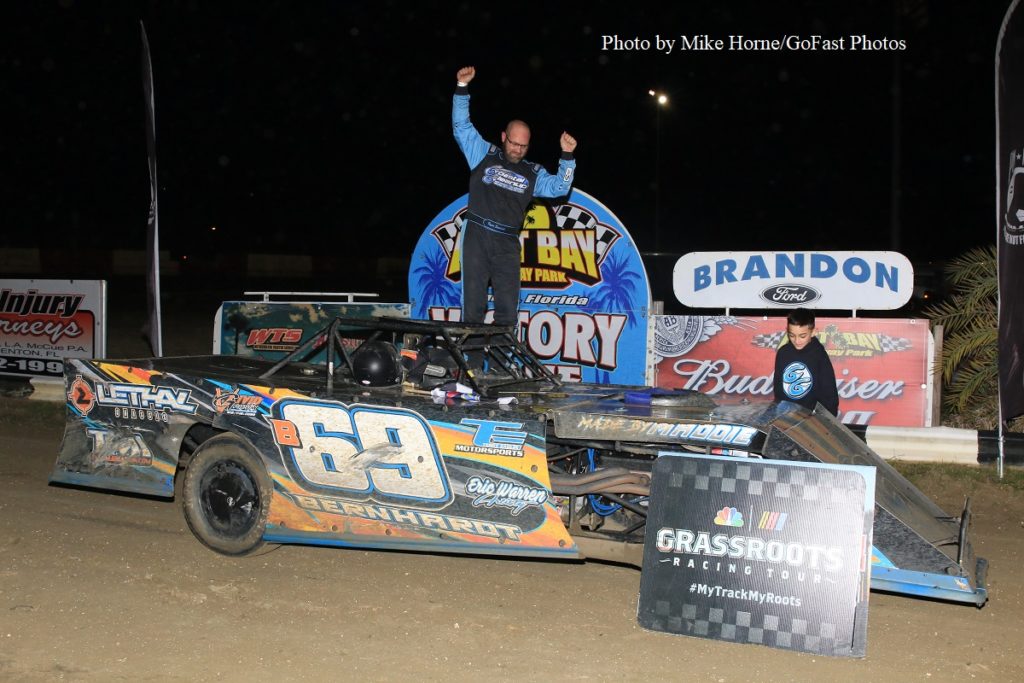 The Gagel’s Open Wheel Modifieds helped kick off the 2019 regular season at East Bay Raceway Park, bringing a field of 13 cars for the opening night program. The feature saw Dale Kelley claim the win to start the season in the right direction.

Veteran Roger Crouse fought his way back to Victory Lane in the second appearance of the class, which came on March 16. Crouse bested a field of 14 cars for the win.

A pair of April appearances brought defending champion Bryan Bernhardt to Victory Lane twice with wins on April 20 and April 27. The latter event was the Brandon Ford 40, which saw 22 cars take the green flag.

Dale Kelley became the second driver to win two feature events on the season by taking the 15-lap feature on May 4. Bernhardt would add his third feature two weeks later as the May 18 brought a hiatus for the class until September.

On September 7, a new name was added to the list of 2019 winners. It would be Shane Burrows in a rare appearance that would park in Victory Lane.

That would be the last time anyone who wasn’t Bryan Bernhardt would win a feature in the Gagel’s Open Wheel Modifieds for 2019. Bernhardt ran off four straight wins (Oct. 12, Nov. 2, Nov. 9 and Dec. 7) including the Larry Miller Memorial. He captured the points title for the second straight year.

In 2019, there were 33 different drivers who competed in the class, including Michael Wesselman from Indiana, who paid a late season visit. The average car count for the Gagel’s Open Wheel Modifieds was 13.

Local drivers are expected to mix it up with travelers when the 2020 Winternationals kicks off on January 21, 2020 as East Bay/UMP Modifieds will serve as the headlining class for five nights of racing.