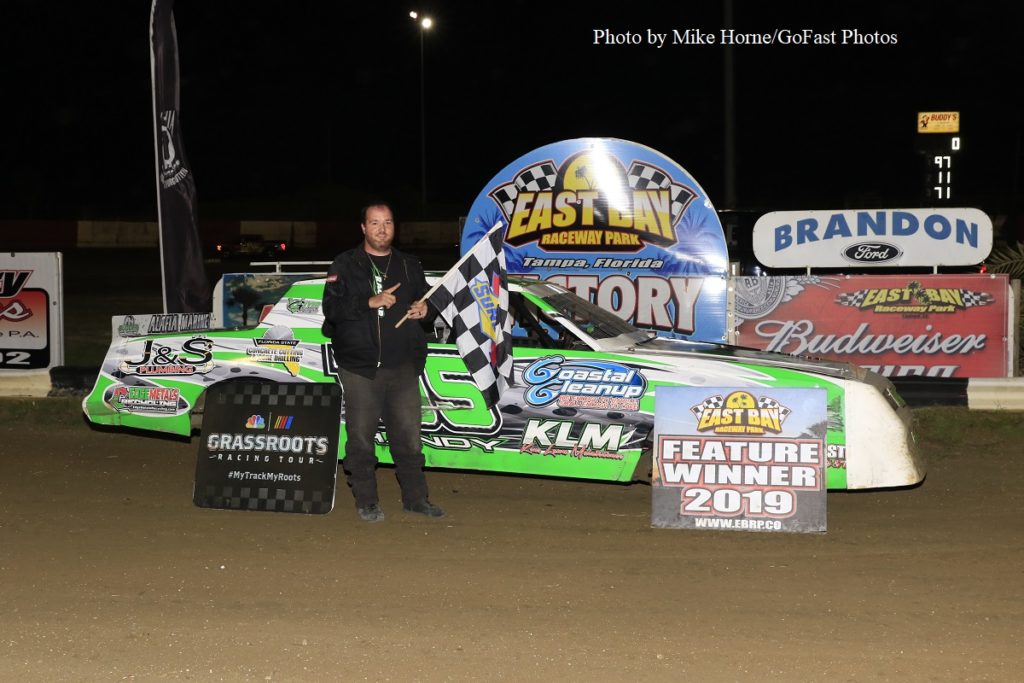 It was a busy season for the V-8 Warrior class in 2019. The division started with the first show of the year on March 2 and concluded on the final show of the season on Dec. 14 with few off weeks in between. The class hit the track 19 times and saw nine different winners.

Jason Burnside would start off the year on the right foot by claiming the opening night win, besting the 13-car field on March 2. It would be Gary Lucas taking his turn in the spotlight on the following night of competition on March 16 while Tommy Hill would make a stop on March 30, topping a field of 19 cars.

April action would open with 2018 track champion George Handy snaring his first win as the class had seen four races with four different winners as of April 6. Lucas became the first multiple winner, capturing the April 27 15-lapper over a 12-car field.

The month of May was all Nick Brown as he went back-to-back on May 4 and May 18. Handy would pick up his second win on June 1 and it would be almost three months before the V-8 Warriors were back in action.

On August 31, Handy took the lead in feature wins with his third triumph of the year. An attempt for two wins in a row with the following week’s action (Sept. 7) was stymied by Raymond Vann’s only win of the year. Handy was able to get back to Victory Lane on Sept. 21 to run his win total to four.

Collin Kruse, who had dropped early in the first feature of the year back in March, was able to get the program turned around and claim the feature over 11 other racers as the action rolled into October. It would be Handy again asserting himself with the Oct. 12 victory, his fifth win to solidify a point lead.

From this point, V-8 Warriors would be a part of every racing program until season end. Wayne Kissam recorded his first feature win, backing up a runner-up dash earlier in the year.  The three remaining November events had a similar outcome as George Handy parked in Victory Lane at the end of the 15-lap mains.

In December, Kruse came back to Victory Lane, beneficiary of misfortune for Raymond Rogers who appeared to have the field covered until mechanical issues changed the outcome. The final night of racing on December 14 saw a new name in victory with Juston Meeks breaking through for an important win.

There were 38 different drivers who competed in the V-8 Warrior class, which averaged 11 cars per event.