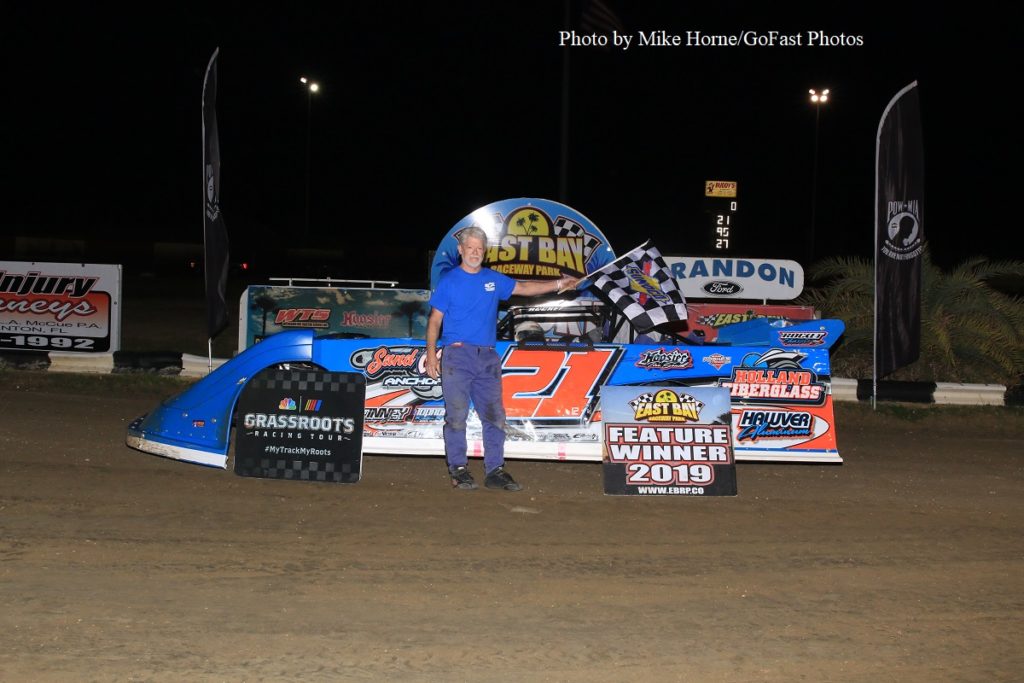 The Late Model Sportsman class would have nine appearances on the 2019 schedule to give the competitors a chance at dethroning 2018 champion Forrest Gough.

When the season opened on March 9, Gough would pick up where he left off the previous year, recording a feature win. He would back it up the following week with his second feature win in as many tries.

As the month of March ended, it would be a new face in Victory Lane as Megan Meyer charged to the lead in the 15-lap main and no one could catch her before the checkered flag came out.

With only one schedule appearance in April and May, Gough got back on his winning ways with both of those victories giving him four wins in five tries.

A combination of Mother Nature and scheduling forced the class out of action for nearly six months. When the Late Model Sportsman were able to race on November 2, it was Waylon Haynes who saw his hard work pay off with a victory. The following week, Gough was back in Victory Lane. Bruce Harvey put his name in the record books as the month of November concluded.

The final night of racing came on December 7. Gough had already clinched the point title in the class, but added a feature win to bookend the season.

There were 26 different drivers in the class, which averaged 7.6 cars per feature event.